A constant evolution as we strive to protect our history and environment, yet move with the times as our founders once did Kinloch Wilderness Retreat was originally brought to life in 1868 by Capt. Richard Bryant, an Englishman who came to seek his fortune in gold after 20 years on the sea. Captain Bryant started in Australia, but soon switched from mining to law enforcement while gold fever was afoot. In 1862 his life in New Zealand began as a member of the Water Police in Dunedin, however he soon moved inland to what is now known as Queenstown, where he met his wife Mary Anne, an Irish woman 16 years his junior. He was a popular man and the first harbour master for Lake Wakatipu. As they started family life he pursued gold once more at the Shotover; after 4 years he admitted defeat and thoughts turned to the head of the lake.

Kinloch Wilderness Retreat started as tavern for the sawmill workers nearby, and buildings were added to create a guest house as visitors to the area increased. Glacier Hotel had a great reputation despite the policy of shutting the bar at 10 o’clock and never selling a man enough to get him drunk. Business boomed when the rail from the South to Kingston was complete, changing focus to tourists arriving on the steamships. The Bryants pioneered eco tour guiding in the area, providing horses for guests and a supportive infrastructure. In the 1880s they had between 132-245 guests a year, with the Routeburn valley being the main draw.

Business waned with two bush fires severely damaging the mountains behind Kinloch. One in 1887 caused by cattle thieves burning hides, the other, in 1895, by a neighbour sleeping out while trying to coax an unruly bull home. Thankfully the main building was saved both times by quick action within the community, but it wasn’t enough. Tourism was changing to daytrippers thanks to improved access and reduced fares, and all their spare linen was lost to a fire in one of their buildings shortly after the second bush fire.

Between these incidents and the need for improvements to the property, financial ruin was imminent.

For a time only tours were offered, mostly by Tom Bryant, their son, who used buggies to ferry trampers to the Routeburn. In 1909 he had enough to buy back the lodge from the mortgagee and by 1911 it was back to its former glory and thriving, regardless of the lack of alcohol on offer and awkward steamship schedules. Life was full for Tom during his down time as he farmed, mustered, drove cattle, and acted as a blacksmith and unofficial vet; wife Ivy was left to make a lot of decisions, in addition to cooking for hundreds.

Harry Bryant, the eldest of Tom’s seven children, continued his father’s legacy by motorising the tours. The first car was a touring-top Oakland, bought in 1929, which Harry used to learn to drive. He worked hard to progress the business, paying fees to steamships, building a hut by the Routeburn, and ferrying locals in his free time. Within 4 years there were 3 cars, with his siblings as drivers, even if they weren’t yet old enough to drive! In 1937 he increased capacity with a Ford bus, designed for 18, but could squeeze in 56 passengers. Harry enjoyed trying to convince tourists that the sheep on the steep hillsides had one leg longer than the other; he was a popular guide.

Business peaked at 12,000 people a year across 6 buses. Harry learnt to be a backyard mechanic, able to fix anything on his vehicles, which occasionally led to legal arguments. Harry also worked on the road infrastructure and farmed, as well as taxiing locals on his boat. Life was grand until the Glenorchy-Queenstown road opened in 1962, making the regular steamships redundant, resulting in a large loss of custom; the last trip was during the 1969/70 season. The final nail in the coffin was the bridge over the Dart River in 1974, connecting Kinloch by road with the rest of the country.

Kinloch Wilderness Retreat was left to fall into disrepair and only opened for self-catering groups, able to sleep 90. In 2000 John and Toni Glover took ownership, restoring it lovingly to a true representation of its former self, able to sleep 50. Today the Heritage Lodge stands as a testament to settler architecture, catering for the needs of all kinds of traveller, in a beautiful, peaceful setting at the head of the lake.

For more about John and Toni’s story click here

To learn more about our local history have a look at the Glenorchy community website. If you like discovery part of NZ you have never seen before, and ending up at a lovely little lodge for a beautiful meal…then you… Indulge in our locally sourced delights on offer now A range of accommodation in outstanding landscapes Enjoy some of the best activities in the country

Want to know more about us before booking? Our friendly team can help answer all your enquiries.

Get latest news and updates from us straight into your inbox!

For most frequently asked questions regarding our accommodation see our FAQs page for quick answers. 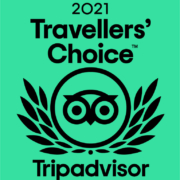